How to Prepare for Moving to New York 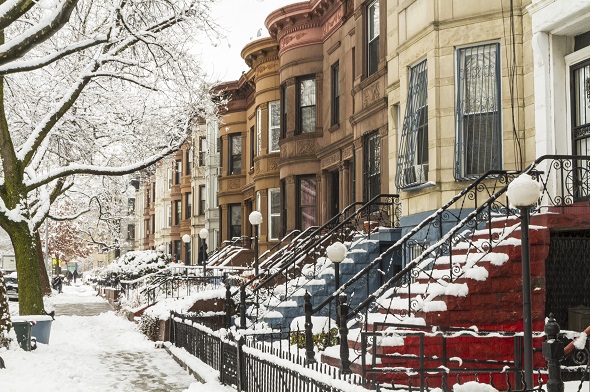 Moving to New York City is a big undertaking. There are several things to consider, including finding a place to live, applying for a driver’s license, and packing your belongings. Here are some tips to help you prepare for your move to New York City. Regardless of your reasons for moving to the Big Apple, it is a good idea to do as much preparation as possible before the big move.

Renting an apartment in New York City is not an easy process. Without guidance, you can end up in a space that doesn’t meet your needs and expectations. Here are some tips to help you beat the heat and secure an apartment you’ll love. First, learn a little bit about the city. Knowing the best neighborhoods and boroughs in which to search is essential. You should also understand the differences between agents and brokers. Agents work under licensed brokers and are usually the ones you’ll interact with during your apartment search.

Second, set aside some rent money. Depending on where you’re renting, most apartments require a one-month deposit at lease signing. Others require a two-month deposit. Some will also require your first and last months’ rent. In addition, if you have poor financial credentials, you might need to pay the full amount upfront. You can also use this money to pay a broker’s fee.

One of the most stressful parts of moving is packing your belongings. It can be a difficult task, but there are tips that can help you make the move easier. These tips will help you pack your items in an efficient way and prevent them from getting damaged. When moving to New York, you should pack your belongings in groups according to their weight and type.

When packing for a move, you should have an established schedule so that you don’t forget anything. Also, try to pack things you won’t use in the next month or so. This way, you will have fewer boxes to unpack later. Some of the items that you can pack ahead of time include your kitchenware, dinnerware, toiletries, and so on. Also, donate things you no longer use to charities. The Salvation Army and Habitat for Humanity are two examples of local charities that can accept your unwanted items.

Applying for a driver’s license

If you have just moved to New York from another state or nation, you may not have had to worry about obtaining a driver’s license. Fortunately, there are a few simple steps you can take to get started. First, you’ll need to determine your license class and type, as well as your residency. You can choose between a standard license and an enhanced or REAL ID.

If you currently have a license from another state, you must surrender it to apply for a New York license. You must also complete a pre-licensing course and take a road test. Once you’ve passed all three components, you will be able to drive on the roads in New York.

Doing the legwork before moving to New York City

Moving to a big city is a huge undertaking. There are a lot of things to consider, including your budget, which neighborhood would fit your lifestyle, and whether or not the area is affordable. In many cases, your salary is not going to stretch as far in New York as it would in another city. This can lead to many difficult choices, including whether or not you should look for roommates or a cheaper apartment.

First, decide on which borough you want to live in. There are many boroughs in the city. For example, Manhattan is the dense downtown area, with the Financial District, the East and West sides. The other boroughs are Brooklyn, Queens, and the Bronx, which are suburban areas, with wide open spaces, no subway lines, and single-family homes.

Moving to NYC during the summer is not a good idea for several reasons. First of all, it is the busiest time of the year for the rental market. With more people moving to the city during the summer, there is less inventory for renters to choose from, which leads to increased prices. Second, you will have a difficult time finding parking for your car. Parking is expensive, and you’ll most likely have to move your vehicle at least once a week.

Second, the weather in NYC is unpredictable during this time of the year. While it is possible to rent an apartment at a lower price during the summer, rental prices are typically higher during these months. If you’re moving with children, July is a good time to move, giving them time to adjust to the new environment before school starts.

Getting a driver’s license in New York

If you plan on driving in the state of New York, you should start the process of getting a driver’s license as soon as possible. Generally, you must apply for a license within 30 days of your move. The process involves providing proof of identity and citizenship and passing a written exam. The New York DMV will handle the rest of the process. Additionally, you must transfer the registration and title of your vehicle from the previous state to the new state.

To get a driver’s license in New York, you should schedule an appointment at your local NY DMV branch as early as possible. Alternatively, you can walk-in and wait in line, but be prepared to wait several hours or even all day! You should have all the necessary documentation with you when you go to the DMV.